We are defined and shaped by numbers. They are ascribed to us and created by us. Age, date of birth, height, weight, income, bank balance, spouses, children, date of death. Temporary or permanent, these digits are all ingredients of our identity. They affect how we are perceived by other people and how we perceive ourselves.

Today our obsession with numbers has taken on mind-bending dimensions thanks to the digital, data-driven age in which everything is measurable. If you have several digits next to the word Followers in a profile, you can be considered A Big Deal on the internet, a success.

For as long as social media has existed, an assumption has been made that bigger digits are ‘better’. The bigger your audience, the higher your recognition from friends and peers, the more popular you are, the greater your chances of success and being discovered, the better exposed your brand, the wider your network, the more likely you can monetise content through advertisers.

With a little luck, the right ‘shout-outs’ from other big name influencers,  in time you might be able to earn a higher than average income playing games online to your millions of subscribers. Your YouTube videos might miraculously turn you into a wealthy star. Or you might be able to make a reasonable living from advertising products or coaching other people to be great at social media too.

Such hopes drive a popular social media strategy. That is, initially following a large number of accounts, upwards of a thousand, in order to drive the numbers and get followers back in return. Additionally, if you have grown up with social media, had a smartphone from a young age and relaxed parents you might already have a formidable audience of hundreds or thousands. This provides a powerful springboard.

But such an audience can bring enormous challenges for young people, or people of any age. It can profoundly impact on those perceptions. Is any resulting feed of content meaningful, despite the best algorithmic intentions of the service? Is it a maddening jumble sale? Does it merely promote massive insecurity and potential mental health problems?  This is to say nothing of the direct threat and trauma that comes from cyber-bullying.

There are recent supporting studies and statistics but forgive me for not researching and inserting them here. One concerns Instagram having a detrimental impact on the mental health of young people.

Following an incoherent, incomprehensible number of accounts is not a good thing. Given how attached we are to our smartphones for multiple hours every day, how unthinkingly and instinctively we pick up our device, open our app of choice and dumbly start scrolling like junkies fumbling for a fix, the blitz of noise clutters and confuses and needles insecurities. As individuals we are our own priority, with our own lives and relationships. These things should be most important, particularly for those at formative ages. Not those of other people, and not sharing details of our lives with thousands of strangers we don’t really know and never will.

But pretty much everything in our digital lives suggests otherwise and nudges us in the opposite direction.

As a photographer I am but a tiny drop in a massive ocean of fierce competition. I am constantly aware of this and probably far too aware of my closest competitors, those I perceive as being the most successful, whether rightly or wrongly.

Comparing can be unhealthy. If you are your own worst critic it can make you feel inadequate and bitter. On-tap access to the apparently effortless, sickeningly brilliant work of your competitors can make you beat yourself up in much the same way as that other boy/girl at school who is so much better looking and more popular than you. There’s a photography podcast to which I only sporadically listen which does the same thing. How can they possibly have achieved so much at such a young age?  But it’s horribly irresistible too, even addictive, because it’s just there, in your phone, a few taps away, and you might learn something.

Social overconsumption can make you shrivel and feel miniscule. Professionally or personally, especially in the superficial body-image fixated world of Instagram. As a side-note, the many extremely popular accounts which splice inspirational quotes and physical health guidance with sexualised images make me feel distinctly uneasy.  Instagram’s impact on the mental health of young people, or indeed all people, is ridiculously simple to explain.

What Do Big Numbers Mean?

So what do those big Follower Numbers actually represent?

What it does not necessarily represent is quality. Big follower numbers do not magically equal a quality feed of authentic, unique, individual, intelligent thoughts or sensationally eye-grabbing images. Big follower numbers do not automatically mean great content, but many many can be tricked into thinking otherwise, just because of that big number. All those people can’t be wrong, right? Yes, they can. Many of us are sheep.

The Lure Of Big Numbers

Supposed popularity and success in the form of social media size is not connected to a magic formula of food pictures, inspirational quotes and a relentless stream of nauseatingly upbeat life-coaching.  It can be as much down to luck, getting a ‘shout out’ from another influencer and riding that crest, as being disciplined and continuously feeding content. Although as mentioned, the content doesn’t always matter, especially if you consistently look hot, muscular, fit, sexy. That can totally be enough. 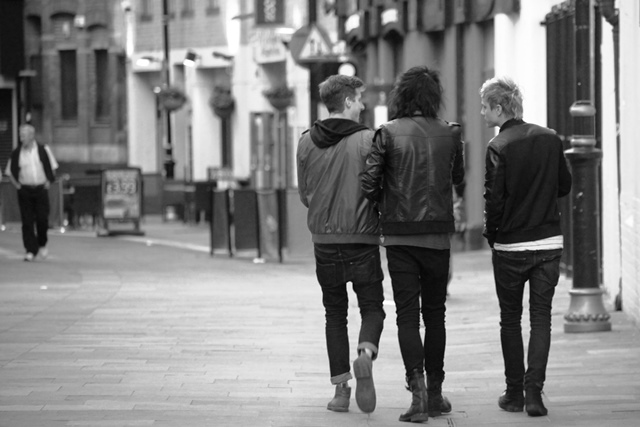 All the same, many people clamour to catch this crest of popularity, which has helped to make ‘exposure’ a currency of its own. It’s accepted, especially by younger people, even if it shouldn’t be. Again, perhaps it’s something those of a certain age have been weaned on since before money was a really vital thing, maybe it’s something that’s desirable when seeking work.

Large public and private sector organisations routinely offer ‘freebies’ and exposure in return for content: blogs, photos and videos. A restaurant meal, a show, a gig, a night in a hotel: these are snapped up by young bloggers in return for a few hundred words because they have been conditioned to accept it. Currently known as crowdsourcing, this is just a bit of fun; not really work. It’s sad to see the work of young creative people being degraded.

The creative industry economy has reached a point of sub-zero hours contracts where hard cash often isn’t even mentioned in return for work. It’s not even a ‘gig economy’ because there are so few guarantees. Traditional digits have been relegated and replaced with the promise of virtual social media digits. Payment is made in retweets, a byline with a backlink to a website, crediting with a twitter handle, the much heralded ‘exposure’.

The media industry remains a sexy arena in which to work for many people. There are a handsome number of media related degree programmes at universities across the UK, which fill up and sell well. But the media industry and particularly traditional news outlets continue to suffer across the UK. Their own numbers are not stacking up. Many complain of not having the budget to pay for anything – even a single photograph, despite the millions spent on presenters’ salaries by a certain broadcaster. Here in Wales the landscape is not healthy or competitive. If you have a firm relationship with one of the small clutch of players, perhaps you will be alright.

It’s questionable whether there are a strong number of legitimate media jobs available to graduates across the UK at the end of their degrees; jobs that pay actual money. And if there aren’t, who is to blame for that? Who is to blame for creating a generation of largely frustrated young media folk mis-sold occupations that don’t really exist?  You might also wonder whether this is under-discussed and underreported because most media outlets with a responsibility for discussing and reporting free work practises are themselves directly gaining from them.

Am I A Massive Hypocrite?

Having said all that, would I like a bigger social media size through higher numbers? Sure. Do I have accounts where I follow back a new follower just to keep their follow digit, before instantly muting them so I am not exposed to their terrible tweets? Sorry, but yes.  Most people think they could and should be recognised more, and with my lowly social digits I am certainly one of them.

On reflection, there is a degree of conflict and contradiction in this post. It appears like I am trying to persuade that social media numbers do not matter, and for the sake of our collective real-life sanities we should not obsess over them. But of course they can matter, quite a lot. If you get it spectacularly right, or even significantly right, it can make a big difference to those most important numbers with pound signs next to them.

However, I am still not willing to squander vast chunks of time by blithely following thousands of accounts in order to up the numbers, or to trade my services in return for anything which is not money.