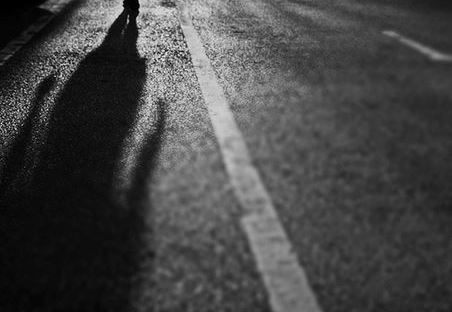 Most online social communities depend upon reciprocation, following the activity of others in order to be followed back; a sometimes blind and urgent focus on simply driving up those important numbers. This is a call to pause for thought.

Much of business today revolves around metrics, data, numbers.  The mass of people online means a wealth of data, new job roles designed to exploit that data and professionals desperately scrambling to keep their skills up to date.  It’s not hard to see why data has been dubbed the oil of this century.

This is largely for the good, for transparency and accountability, for conversions and web traffic, unambiguous black and white.  Close measurement and analysis has become meaningful and arguably most meaningful where it’s most niche, where there is specifically developed software within a sector; where metrics are fluid and have serious value.

One platform everyone talks about is Twitter. Whether it’s the sentiment measurement and analysis desired by television broadcasters, or paid advertising campaigns valuable to major brands, it has major significance.

And yet there’s an element which seems bereft of meaning.

People are still coming to Twitter anew, finally surrendering to the fact that it isn’t going away anytime soon, belatedly prepared to embrace it as a key marketing tool.  Aligned with Facebook, it can be billed – often by those promoting social media expertise – as a promised land, a saviour of all business promotion deficiencies.  Although likely to be helpful, it’s hardly ever that.

New users browsing for profiles to follow will glance at the supposedly all-important number of followers.  A big fat number well into the thousands looks far better and more impressive, of course it does. It reflects some kind of commitment.  But how much more meaningful are those thousands, especially when the Following count is roughly similar, compared to a user with rough parity of Followers/Following numbers in the mid hundreds?

You wonder if Twitter has broadly become a ‘Write-Only’ platform, with those who read and engage forming an old school minority. You suspect few people bother to create lists; maybe only those specifically measuring or monitoring keywords.

You ponder whether Twitterfeeds populated almost exclusively by robotic retweets and duplicate automated updates are just being delivered into the cyber ether, devoid of value or purpose to everyone except the author.

Much is still ambiguous, arguable, contentious and grey.

Having used Twitter on a day-to-day basis for a number of clients over several years, developing communities and building profiles, it’s tough not to be perplexed at times. I remain unsure in the face of new followers based thousands of miles away who follow and are apparently ‘followed’ by thousands of users, whose feed is a regurgitated mash of retweets, inspirational quotes, general self-promotion and zero interaction.

Best practice dictates that you must, because that will drive your audience numbers and your audience should be as large as humanely possible, right?

It’s a common tactic to follow with total abandon, garnering lots of followers before unfollowing at least half of them and making your Follower/Following ratio look impressive. This is one reason not to follow right back.

It’s also common to buy a stack of followers to look clever and important.  A simple glance at a feed can easily give rise to this suspicion. Feeds are often soul-sappingly boring, packed with lazy retweets, lacking authenticity or tone of voice.

Others might also have a healthy following because they have phenomenal patience, a good amount of time, or an intern willing to dedicate hours on end to Following users, and filtering out those who don’t reciprocate.

But there is an alternative to subscribing to the game of following everyone back and it’s simple. You can decide not to. Many won’t offer you any value, besides being a digit added to your follower count, and they may unfollow you soon enough anyway.

Think about a considered approach. View new followers with a degree of care, skim their last few tweets, their bio and location.  If you believe there’s a chance of value, shared interests, a chance of valuable interaction, follow away. If you think the chances of that are slim, don’t bother.

Much depends on objectives, what you’re promoting, the kind of reputation and profile you’re trying to develop. Twitter’s free to access ad platform can give useful insights into how well your tweets are performing, with reach and interactions; and inform what you might want to change.

But however much you crave big numbers, quality over quantity is an old adage always worth bearing in mind.